United Beverages of NC
Are you over 21?
Sorry, you must be of legal drinking age to view this site
Yes No
Explore Careers

“In a state known for theme parks, Cigar City Brewing has become a major attraction for those who appreciate and seek out excellent beer. It opened with a flourish and spread its reach quickly, appealing to both hardened beer geeks and brew novices with eyebrow-raising flavors and commitment to quality. Capitalizing on the Latin culture and tobacco-manufacturing history of Tampa Bay, Cigar City highlights those strengths on its labels and in its beer names and recipes.

We hope you enjoy one the following brands we carry:

Jai Alai, a game native to the Basque region of Spain, is played on a court called a fronton. Jai Alai players attempt to catch a ball using a curved mitt whilst the ball travels at speeds up to 188mph! Proving they have a sense of humor the Spanish dubbed this game, with its ball traveling at racecar speeds, “the merry game.” Tampa was once home to a bustling Jai Alai fronton but sadly all that remains of Jai Alai in the Tampa Bay area is this India Pale Ale that we brew in tribute to the merry game. The India Pale Ale style of beer has its roots in the ales sent from England to thirsty British troops in India during the 18th century.

Inspired by traditional German lagers, our Tampa-style Lager is brewed with German malted barley, Hallertauer hops and an authentic Bavarian lager yeast. We combine these ingredients to create a style that’s quite unique to our hometown of Tampa, Florida but will find admirers wherever a crisp, dry and flavorful lager is called for. Familiar to generations, it’s truly a beer that’s made for drinkin’.

The Cracker Cowboys of Florida were colonial-era settlers, often of Scots-Irish descent, who arrived in Florida when Spain traded their territory of La Florida to the English. The term Cracker in Florida usage relates to the whip these “cow hunters” used to herd cattle in Florida’s Palmetto Prairies. Called Quaqueros by the Spanish, these hard working Cracker Cowboys helped to shape the history of Florida, the nation’s oldest cattle raising state. We brew Florida Cracker White Ale with unmalted wheat, orange peel and coriander and then ferment it with a Belgian yeast strain to give it a spicy and dry finish.

Maduro is a Northern English-style Brown Ale with some American affectations. Maduro is higher in alcohol than the common English Brown Ale and features flaked oats in the malt bill which imparts a silky body and works to mesh the roasted, toasted and chocolate components together in Maduro’s complex malt profile. The end result is a remarkably full-flavored yet approachable Brown Ale that pairs well with mild to medium cigars. 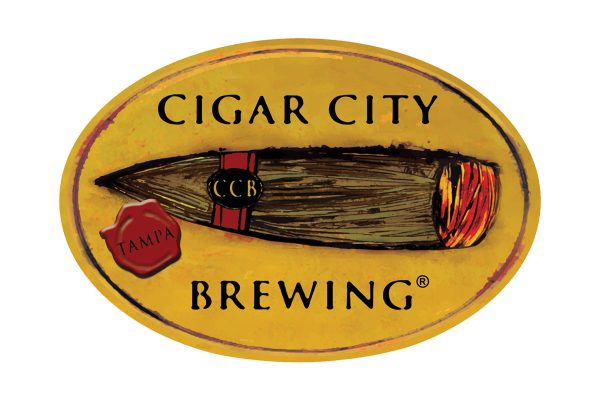